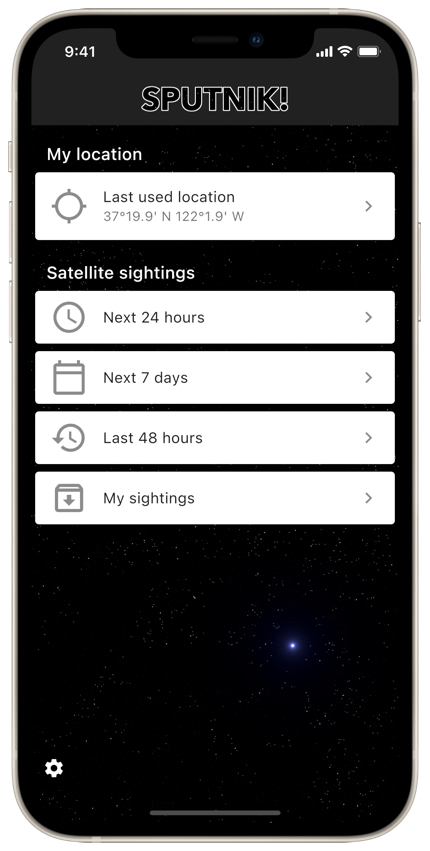 No, the app does all calculations on the device itself. There is no need to have an active Internet connection to calculate satellite sightings. However, in order for Sputnik! to be able to perform the calculations, it needs to periodically download orbital elements for the satellites. This is done automatically when the app starts and an Internet connection is available. Orbital elements are made available by NORAD and distributed by CelesTrak.com.

Why does heavens-above.com show a sighting when Sputnik! does not or vice versa?

Sputnik! uses its own algorithms which most likely differ slightly from heavens-above.com. The app also uses cutoff values for sun and satellite elevation to only show sightings for a dark sky where the satellite is sufficiently above the horizon so as not to be obscured by trees and buildings. Heavens-above.com also has cutoff values which might be slightly different. Differences between heavens-above.com and Sputnik! are thus most likely to occur near sunrise and sunset, or when a satellite is low in the sky. You may use the advanced settings to tweak the cutoff values to your liking. Sputnik! does not predict sightings for non-operational or spare satellites since these predictions may be unreliable.

Click this link to report bugs or suggest new features.